Choose the appropriate model year for the Range Rover Velar you are trying to find the towing capacity for from the list below. 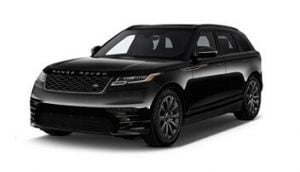 You can find 316 different trims/engines for the Range Rover Velar and their corresponding recommended towing capacity.

The Range Rover Velar is a crossover SUV manufactured by Jaguar Land Rover as the fourth model in the luxurious Range Rover line.

This Velar takes its name from a pre-production first-generation Range Rover built in 1969 and was finally launched on the 17th of March 2017.

Land Rover borrowed the design language from its newer Ranger Rover models such as the Evoque and the Sport.

This Velar was built with the consumer in mind arguably more so than the other models and as such the seating position is lower than any other Range Rover.

The car was gradually introduced to the market via a series of online photos with a brief showcase made at the London Design Museum and then finally an official launch taking place at the Geneva Motor Show on the 7th of March.

It was built using the Jaguar Land Rover iQ Platform which it shares with the Jaguar F-Pace, XF and the XE and is built in the same factory.

The towing capacity of the Velar is around 2,40kg - 2,500 kg, a little less than the standard Range Rovers.

Its engine comes from Jaguar Land Rovers Ingenium line of 4-cylinder diesel and petrol engines that are paired with 8-speed auto transmission.

The original concept was designed by Gerry McGovern OBE who is an English car designer and chief creative officer for Jaguar Land Rover.

Each model was designed as a 5 door vehicle with a front engine and four-wheel drive configuration. The curb weight ranges from 1,804 kg – 1,959 kg and has a height of 1,665 mm. 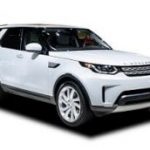 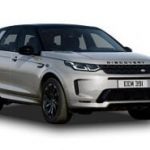 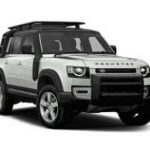 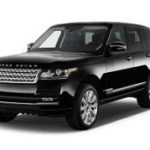