Choose the appropriate model year for the Toyota Corolla you are trying to find the towing capacity for from the list below. 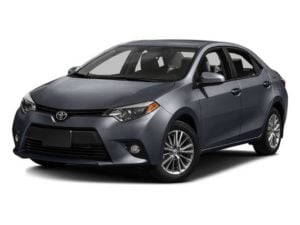 You can find 318 different trims/engines for the Toyota Corolla and their corresponding recommended towing capacity.

The Toyota Corolla is a compact car that has been produced by the Japanese company since 1966. It quickly became the best-selling car in the world by 1974.

It has remained extremely popular throughout the world and hit a company milestone in 2021, having sold over 50 million cars throughout its twelve generations.

Toyota has given the Corolla model the designation ‘EX’, where the ‘X’ changes depending on the iteration. Each set of updates goes up by 10, making the latest generation the E210.

The Corolla has come in a number of configurations, ranging from 2-door liftback to 5-door hatchback and station wagon. There have also been multiple sedan versions over the years.

The Kia Forte, Mazda 3, and Nissan Sentry are some of the Corolla’s top rivals. However, the Honda Civic is certainly the number one competitor for Toyota’s best-seller.

Older versions of the Corrola were rear-wheel-drive, while the newer models are all front-wheel-drive.

Toyota has named each car somewhat uniquely to help make it easier for customers to distinguish them. The hatchbacks and station wagons are called the Auris and Corolla Touring Sports respectively. The sedan version is simply called the Corolla. Toyota has also recently released the Corolla Cross, a compact crossover SUV.

The current generation of the Corolla is the twelfth, which was introduced in 2018.

This generation comes with the options of either a 1.8-liter or 2-liter self-charging hybrids. Although they lacked the hybrid technology, the older model Corollas also typically featured traditional engines of these sizes.

While not an obvious choice for a towing vehicle, certain trims of the latest iteration of Corolla are capable of towing a modest 1300 kg / ~2,866 lb. 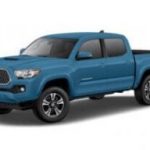 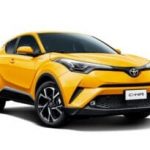