Choose the appropriate model year for the Toyota C-HR you are trying to find the towing capacity for from the list below. 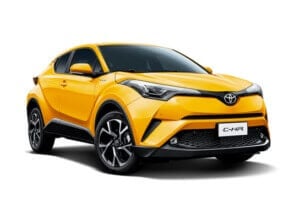 You can find 55 different trims/engines for the Toyota C-HR and their corresponding recommended towing capacity.

The C-HR is a subcompact crossover SUV created by Toyota and began production in 2016. The C-HR was three years in development following the initial design drawn up by Toyota’s chief engineer Hiroyuki Koba. It shared the same platform with the E21- Series Corolla and size-wise sits between the Corolla Cross and the Yaris Cross.

The Geneva Motor Show saw the unveiling shortly before production started in November 2016. Predominantly, the C-HR enjoyed worldwide sales in countries such as Taiwan, China, South East Asia, Northern America, South Africa, Australia and most of Europe. Toyota delayed sales in certain countries meaning the availability varied between locations depending upon the year.

There is a little confusion over the initialism ‘C-HR’ and what it actually stands for. There have been various explanations in different articles, with reports of it standing for ‘Compact High Rider,’ ‘Cross Hatch Run-about’ or ‘Coupe High Rider.’

A unique model was created for the Northern American market. Toyota fitted a larger 2-liter petrol engine across both trim levels, the XLE and the XLE Premium. Since its initial release, there has been a cosmetic facelift with the addition of more modernized technology. 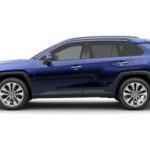