Choose the appropriate model year for the Nissan Sentra you are trying to find the towing capacity for from the list below. 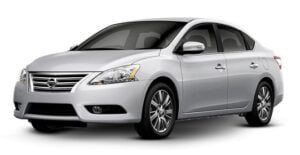 You can find 103 different trims/engines for the Nissan Sentra and their corresponding recommended towing capacity.

The Nissan Sentra is a range of vehicles that Nissan has produced intermittently since 1982. The most recent iteration has been manufactured since 2013.

Nissan gave it its name to evoke the same sort of safety that is often thought of regarding the word ‘sentry.’

It has also been called the Nissan Sunny, Tsuru, and most recently Sylphy.

There have been eight generations in total. The most recent iteration was released in 2019, while the fifth generation brought the series into the modern age in 1999.

The modern versions have typically always had a 4-door sedan configuration with front-wheel drive only.

The Sentra and its variously named counterparts face competition from the Hyundai Elantra and the immensely popular Toyota Corolla. It is also often compared to the Nissan Altima among customers looking to purchase a Nissan model.

The latest generation features the typical Nissan powertrain options, meaning two standard petrol and a single hybrid option in some markets. The petrol engines consist of a 1.6-liter inline-4 and a 2-liter inline-4. The hybrid is a 1.2-liter e-Power inline-3 that is found only in China.

Powertrains in older generations also varied within this size range.

Transmission options for the latest generation include a continuously variable transmission (CVT) and a 6-speed manual. Previous models had the choice of 5-speed and 6-speed automatic and manual transmissions.

Trim levels for the Sentra depend on the region of sale, but they typically consist of the base S, followed by SV, SR, and the top-tier SL. One of the most notable differences between the trims is that the base S is the only version to not have the CVT as standard. 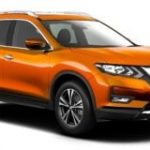 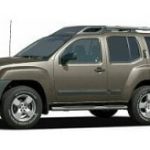 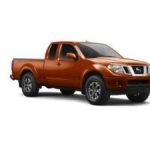