Choose the appropriate model year for the Mazda CX-5 you are trying to find the towing capacity for from the list below. 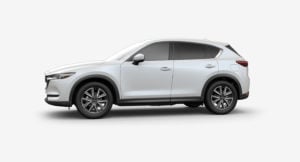 You can find 176 different trims/engines for the Mazda CX-5 and their corresponding recommended towing capacity.

The years available stretch from 2012 through to 2022 and to view the towing capacity you just click to expand.

The Mazda CX-5 is a compact crossover SUV that has been manufactured by Mazda since 2012. There have only been two generations released since then, with the second debuting in 2017.

It is one of the best-selling Mazda models globally, as well as in the United Kingdom where it accounts for over 25% of Mazda sales in the region.

It features the 5-door layout found as standard for almost all SUVs. Drivetrains offered are either front-wheel or four-wheel drive depending on the selected trim level.

The CX-5 is typically found between the CX-50 and CX-60 in the Mazda lineup in terms of sizing. In terms of competition outside the brand, it goes up against the Volkswagen Tiguan and the Nissan Qashqai, although there are many others due to the increasing popularity of the class in recent years.

Powertrains include the usual options found in Mazda’s range. Gasoline engines range from 2-liter to 2.5-liter variants of the Skyactiv-G inline-4s. The larger engines can be found turbocharged depending on trim level.

Diesel engines are limited to the two-stage turbocharged 2.2-liter Skyactiv-D inline-4 found in both generations.

Transmissions also follow the manufacturer’s usual choices. Both generations offer only 6-speed transmissions in the form of the Skyactiv-MT manual and Skyactiv-Drive automatic.

Trim levels vary based on region, but the North American and European models are offered in trims consisting of the base level Sport, followed by mid-tier Touring, and premium Grand Touring.

Both generations have received one facelift during their time on the market. The first came in 2016, while the second was released in 2021. 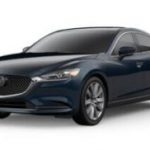 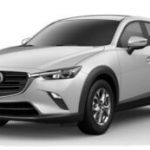 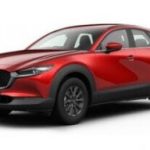