Choose the appropriate model year for the Lexus GX you are trying to find the towing capacity for from the list below.

You can find 25 different trims/engines for the Lexus GX and their corresponding recommended towing capacity.

The Lexus GX is a full-size SUV that has been produced by Lexus, the luxury division of Toyota, since 2002.

It is often considered the luxury version of the Toyota Land Cruiser, which is somewhat surprising as it actually platform mates with the Toyota 4Runner.

There have only been two generations since its release. The second iteration made its debut over 10 years ago in 2009. However, it received two facelifts during its run. The first was in 2014 and the second was in 2020.

It features a 5-door layout that seats up to eight passengers with the right optional extras. It comes with four-wheel drive as standard.

As a full-size SUV, it is considerably larger than its crossover sibling, the Lexus RX. It also sits below the LX in terms of sizing.

Other comparable models include the GMC Yukon, Volvo XC90, and luxury German offerings like the Mercedes-Benz GLE Class. It also shares similarities with the Toyota 4Runner, as previously mentioned above.

Trim levels consist of the Base level, followed by Premium, and of course, Luxury. There are also engine size options for each trim level.

Powertrains for the latest iteration have the option of either a 4-liter V6 found in Chinese models or a 4.6-liter V8 in all other markets. The previous generation was given only a single option of a 4.7-liter V8.

All of these are petrol engines as Lexus has not yet released a diesel or hybrid version. They are also all naturally aspirated.

These have traditionally been mated with either a 5-speed or a 6-speed automatic, the former found in the first generation and the latter in the latest generation. 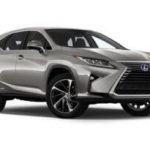 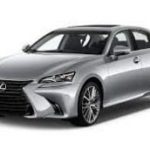