Choose the appropriate model year for the Kia Optima (K5) you are trying to find the towing capacity for from the list below. 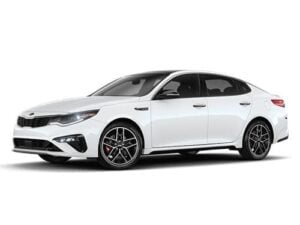 You can find 36 different trims/engines for the Kia Optima (K5) and their corresponding recommended towing capacity.

Formally known as the Kia Optima, the K5 was created in 2000 as a mid-sized family car. Since its creation, the K5 has had numerous nameplates which were location-dependent. In Europe and Canada it was called the Magentis, Lotze and K5 in South Korea and from 2021 K5, globally.

The K5’s predecessor was the Hyundai Sonata, and where it shared some similarities, it had markedly different styling and equipment.

It was originally built on the popular Kia / Hyundai platform with a 2.5-litre V6 automatic or manual engine. Just a couple of years after its first release, Kia upgraded the size of the engine to 2.7-liters and featured leather seats and alloy wheels as standard. Following an arguably slow start with sales, Kia launched an extremely successful marketing campaign which increased the number of units sold enormously.

The second generation saw a change to the platform on which the car was built on the ‘Z Global Platform,’ initially, it wasn’t sold in Northern America or Malaysia. Manufacturing remained in South Korea and shared the 2.4-liter, 5-speed automatic/manual transmission with the Sonata.

A fourth-generation was introduced towards the end of 2015, again, with a modernized look (designed by Kia’s chief designer Peter Schreyer). In 2019, Kia made the decision to take the sales global, changed the front running lights to a ‘Z’ shape and new textured grille. A new digital cluster was installed with 12 Bose speakers and Apple connectivity. There were two main engine options, 1.6-litre & 2.5.-litre turbo with all-wheel drive available on all. 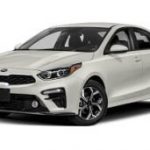 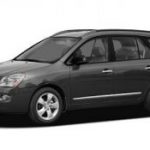 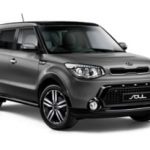 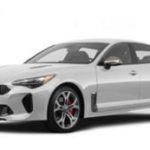