Choose the appropriate model year for the Honda Accord you are trying to find the towing capacity for from the list below. 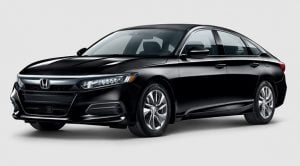 You can find 95 different trims/engines for the Honda Accord and their corresponding recommended towing capacity.

Known as the Inspire in Japan and China, the Accord was a four-door sedan created by Honda in 1976.

Voted one of the best cars in Northern America in 1989 (in direct competition with the Toyota Camry) and the best Japanese car from 1982 – 1997, there were several variants available; coupe, station wagon, hatchback and crossover. This was Honda's first car to be manufactured in the USA in Marysville, Ohio. To date, there have been over 18 million units sold.

The first generation debuted on 7th May 1976 as a 3-door hatchback featuring a CVCC engine to comply with tightening regulations in Japan. The first models had great fuel economy (for the time) with air conditioning,  power-assisted steering and in 1977 Honda brought out the four-door version with a full-size trunk and taller roof.

The Accord cycled through the generations largely retaining its shape and aesthetic up until the fifth generation where there were considerable changes. 1993 saw a larger model released for the American market and was classed as a mid-sized vehicle. It took Honda several redrafts to get to the final fifth-generation design due to a few inconsistencies.

This model was available as a 6-speed manual or 4-speed automatic with dual airbags and reinforced side impact beams. Anti-lock brakes, leather interior and 15-inch wheels were available only on the EX trim.

The 9th generation came out in 2012 and was designed by Shoji Matsui, the head engineer of the project who had also designed the 1985 – 1996 model. The coupe concept version was released at the 2012 Northern American International Auto Show in Detroit. The sedan version went on sale in September 2012. 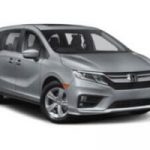 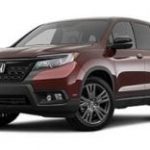 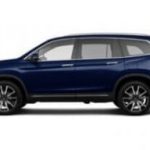 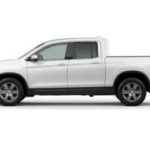