Choose the appropriate model year for the GMC Yukon you are trying to find the towing capacity for from the list below. 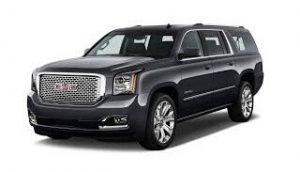 You can find 127 different trims/engines for the GMC Yukon and their corresponding recommended towing capacity.

The GMC Yukon is a full-size SUV that has been produced by GMC since 1991. It is the original version of its corporate cousin the Chevrolet Tahoe. The only difference between the two models is the rebadging.

There have been a total of five generations since its debut. The latest generation of vehicles was released in 2021. There is also a long-wheelbase version called the Yukon XL.

It has featured either a 3-door or 5-door layout and seats up to nine passengers. These have been typically outfitted with either rear-wheel or four-wheel drivetrains.

Sitting in the full-size SUV class means the Yukon faces competition from other American models. The most notable of these include the Ford Expedition and Jeep Wagoneer. Of course, it faces direct competition from the Chevrolet Tahoe as well.

From outside the United States, the Nissan Armada and Toyota Sequoia are also competing models.

Trim levels range accordingly: the base SLE, followed by SLT, AT4, and the luxury Denali model. The GMC Yukon Denali is nearly considered a different vehicle completely. It features a host of luxury features that set it apart from the other trims and put it in competition with the Cadillac Escalade.

Gasoline engines are the same as those found in the Chevrolet Tahoe. These typically include larger engines that sit between the 5.3-liter and the 6.2-liter versions of the L84 EcoTec3 V8 in later models.

Diesel engines have been extremely limited and have only been included in the first-generation and fifth-generation models. The latest version is a turbocharged 3-liter Duramax inline-6.

Transmissions are usually automatic options ranging from 4-speed to 8-speed gearboxes. There have also been 5-speed manual transmissions included intermittently during its time on the market. 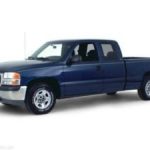 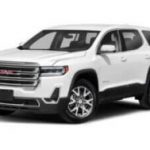